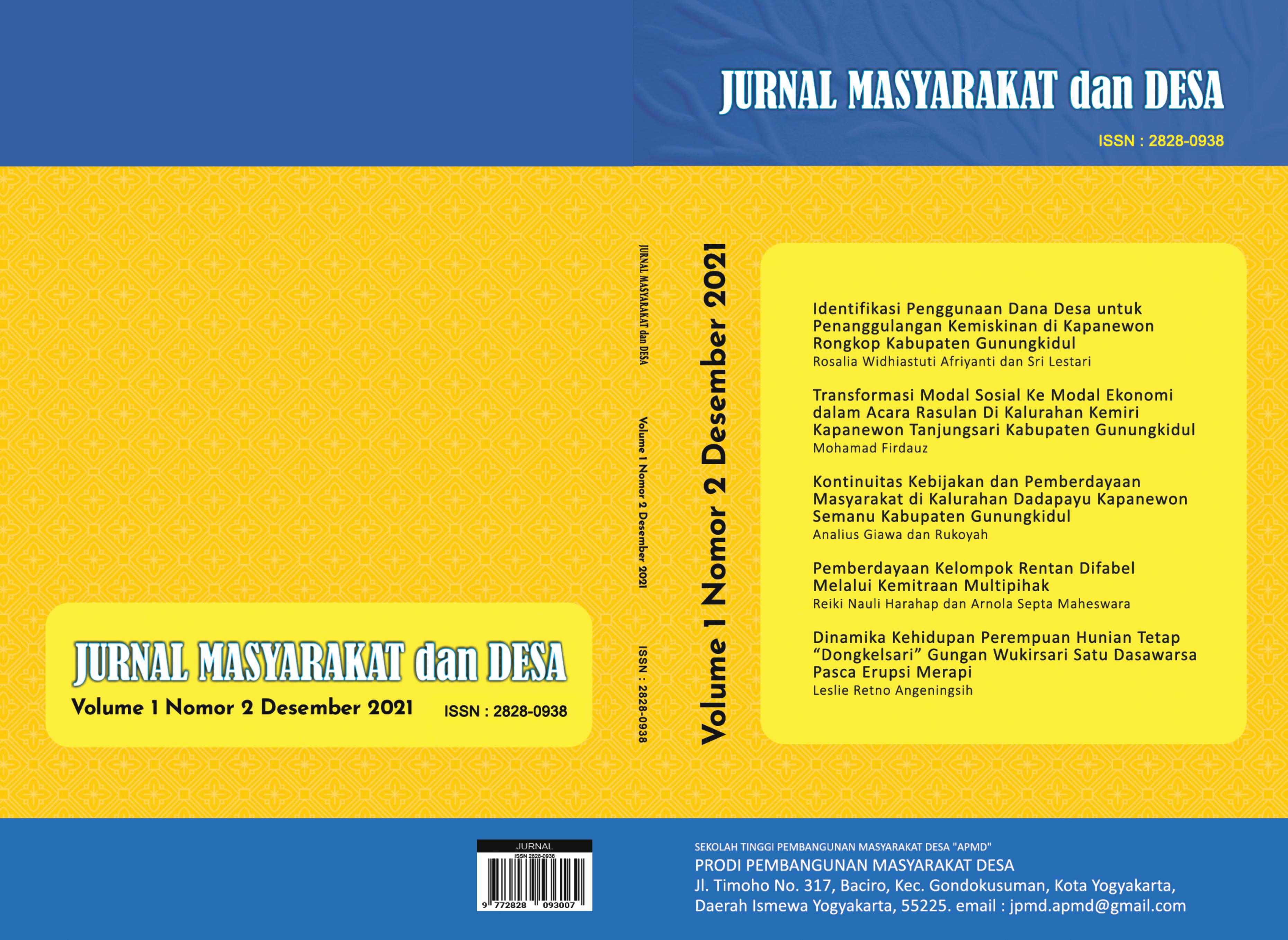 A planned and involuntary relocation for post-disaster reconstruction has become a
government policy in many developing countries in recent decades. Several studies
have shown that relocation has a negative impact, especially on women. This study
aims to examine how the dynamics of women’s lives in Huntap Dongkelsari, Gungan,
Wukirsari Sleman, a decade post-Merapi eruption? This study used a qualitative
descriptive method, and data were collected through observation, in-depth interviews,
and documentation. The total number of informants is 21 people, selected purposively
consisting of the Village Head, Village Secretary, the Head of Padukuhan, the Head
of PKK, village women activists, and housewives. The data analysis technique used a
descriptive-interpretative. To test the validity through the convergence of information
from various sources used triangulation techniques. The results showed that after a
decade of living in Huntap, women’s lives are very dynamic, and the problems facing
become more complicated. Even though women mostly were grateful for having new
places for their families but some were still disappointed. Relocation had made the
changing in women’s roles and statuses; their economic conditions; their expenses for
water and trash; the hard situation encourages women’s creativity in maximizing space;
but created some problems with neighbors on privacy; children’s activities; children’s
need for a place of residence. One thing that remains unchanged is the solidarity and
sense of attachment among neighbors or social capital which is kept and nurtured
since at temporary resettlement (Huntara). Women’s opportunities to gain access to
the facilities, and information to achieve equality and reduce the double burden are
needed